Siti Marfu’ah, Sifu, is one of Relawan 4 Life’s facilitators. Relawan 4 Life is a youth community in Indonesia coordinated by RMI – the Indonesian Institute for Forest and Environment. It functions as a platform for young people to initiate social change and to become future leaders with strong character and social empathy. The platform aims to give youth an active role in turning social and environmental justice into a reality.

Siti Marfu’ah, Sifu, joined the ILC- Jai Jagat fellowship in November 2019 along with eight other ILC young activists from Africa, Asia and Latin America. In the first stage of the programme, she spent 21 days in India, learning the principles of the Jai Jagat, walking across villages with other activists from around the globe, and interacting with communities. Here a snapshot of her experience.

THIS IS THEIR JOURNEY
learning

According to the results of the 2019 Indonesian national socioeconomic survey, the estimated number of youth is 64.19 million, which corresponds to a quarter of Indonesia's total population. Since founded in September 1992, RMI has always focused on the young generation and has guided more than 15,000 young people from both rural and urban areas by providing them with environmental education and promoting critical thinking. RMI believes in the importance of young leaders as agents of social change. Among its activities, RMI runs the Environmental Volunteers for Social Change and the Green Camp courses, where urban and rural youth can learn about natural resource management, social and environmental issues, and the inseparable links between these issues and the context behind them, including the history of land tenure since the colonial era.

I joined the Jai Jagat movement to learn more about how to organize young people and increase their awareness about the issues around them.

I was inspired by the work done by ILC member, Ekta Parishad. They initiated the Jai Jagat movement to empower a young generation. They showed young participants that the Jai Jagat is an opportunity for young activists to become more open to current issues, tolerant and non-judgmental leaders.

Facilitating the youth community is investing in the future. To empower young people, the Jai Jagat involves them in a variety of activities: marching, group gatherings, talks, art sessions, among others. The Jai Jagat also gives them space to express themselves, opportunities to develop leadership skills, acquire knowledge about social issues, and build self-confidence. As a movement built on and enhancing the value of diversity, the Jai Jagat is also a space for dialogue across backgrounds and across generations.

The Jai Jagat gives each young participant a role to play in the movement based on the strengths and skills each one has. We can contribute as translators, content creators, administrative assistants or any other roles needed for the cause. We all have something to contribute to the movement and every contribution is valuable. This is about giving them recognition and reassurance about their capabilities.

Diversity is a strength and a key element to build and sustain a non-violent social movement. This is the lesson I will share with young people in my community in order to cultivate the respect of our differences as human beings.

I will also encourage using strategies, which recognize differences to better engage with our communities and communicate our work.

During the march in India, we walked many kilometres and several times we did it in silence. I realized that walking silently made my five senses more sensitive to my surroundings, and that all around me were different people with the same goal: to create peace. This sensitiveness made me more open to differences and become non-judgmental. One marcher told me once, "sometimes someone just wants to be heard, without any response. Listen with empathy and without judgment”. Because listening can reduce violence.

To have an inclusive leadership character, young people need relational leadership skills to work together in order to accomplish change and make a difference in the interest of the common good.

One particular activity I participated in was the Youth Conclave in Bhopal where we all came together to share ideas and discuss social issues in India and the world’s realities. The activity invited us to reflect on and discuss the five elements of relational leadership: inclusion, process orientation (about groups functioning as a team), empowerment, purposefulness and ethical behaviour. These elements will help us become leaders who listen, are collaborative and tolerant, and have empathy to understand and connect with others.

Being a Jai Jagat fellow also confronted me personally. As a Muslim staying in India for three weeks, I experienced for the first time in my life how it feels to be a minority. I met other activists whose religions are not dominant in my country, such as Hindus and Buddhists, and discovered their friendship and kindness. This has made me a more tolerant person and helped me open my perspective as a land rights activist.

TAKING WHAT I LEARNED TO INDONESIA

I brought what I learned from the Jai Jagat to the Relawan 4 Life platform to help young people become stronger and to value their own strengths, the richness of diversity and the importance of listening. Young people who are more sensitive to the feelings and realities of others, and are equipped with knowledge about existing issues will take a more active role in connecting with others and mobilizing for change.

I want to help create leaders who are sensitive and aware of the conflicts that lead to violence in their surroundings.

One important task of RMI is also to work with rural youth in indigenous communities to help them access land, manage their natural resources and make local agriculture sustainable. I would like to contribute to the sustainability of local farming by establishing local markets in rural/Adat areas managed by young people from local Adat communities. The Anant Mandhi, a local bazaar promoted by the Go Rurban programme of Ekta Parishad and ANSH in India, promotes ecological farming and provides a great model to learn about ways to connect farmers and consumers.

As a young land activist, I know that building strong leadership and making rural youth sustainable in indigenous communities, is a long process. This is not a reason to give up.

As youth, we do not offer long-term experience, but we offer our energy, creativity and potential to change the present and shape a better future.

As a young person, no matter how small or big your contribution is, every action counts when building a youth movement. We need to listen to understand each other better, and bring our energy and ideas together to make our voices heard and amplify our power to influence policy makers. 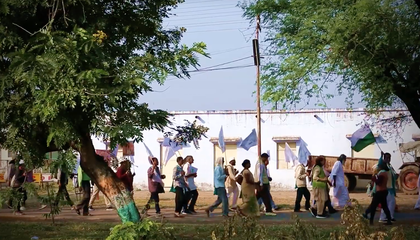 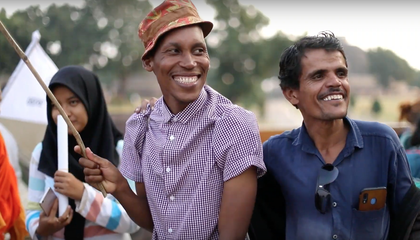 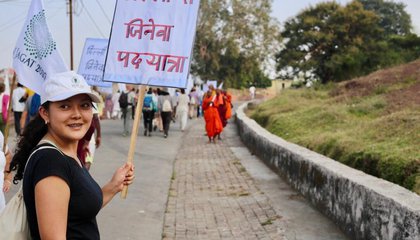