The Youth Learning Lab is a space to share innovative experiences to inspire and inform action on youth access to land. The first of three roundtables focused on access to land by inheritance.

Youth access to land, its use, effective control and subsequent tenure security are fundamental for strengthening their livelihoods. The most common mechanism for youth to acquire land is through inheritance. However, factors such as the scarcity of allocable land, demographic growth, the unequal division of property among heirs and long life-expectancy all affect youth access to land. For young women, these barriers to access land are amplified by patriarchal customs that favour men in inheritance.

Nana Ama Yirrah, the Founder and Executive Director of COLANDEF Ghana, moderated the roundtable discussion, which took the audience to Zambia, Guatemala, Jordan and Syria. The discussants explored possible tools to transform customary and statutory systems to allow the youth to access land, focusing on young women and emphasising youth leadership in transforming inheritance systems.

Patriarchy, Power and Property: Barriers to Gender Equity in Inheritance

Myriam Ababsa is a French-Algerian social geographer and Associate researcher at the French institute for the Near East (IFPO Amman) and at CNRS Géographie-Cités, Paris.

Patriarchal patterns of power that dominate both land ownership and inheritance affect women and young women in the Middle East. Despite the protection of women's rights under the constitution, customary law and Islamic Sharia law, female heirs face social pressure to relinquish their land rights to their male siblings. Other practices used to exclude women from inheritance include donations of property to sons before a person's death or not subdividing the land to eventually exclude women from access, ownership or the option to sell their portion of the land. Consequently, Middle Eastern women own a meagre 5% of land and cannot mortgage their properties to access loans for start-up capital, creating a 'glass ceiling' to women's participation in the economy.

There is a glimmer of hope for women's land rights in Jordan. In 2010, the Jordanian National Forum for Women, a women's rights activist network and MIZAN, an NGO network of lawyers, worked with the Sharia Supreme Court, the country's highest religious and legal institution, to introduce an amendment to the Jordanian Personal Status Law. The amendment bars transactions on inheritance property for three months after the death of the owner. The stay of execution of the deceased’s estate gives women and the family a moment to consider the economic consequences of their actions.

In 2014, the Jordanian Sharia Court Data indicated that ⅓ of women relinquished their inheritance rights in favour of their brothers. In 2020, the number of women renouncing their land rights dropped to 20% as a result of the amendment. The signing of marriage contracts, advocacy and education about inheritance rights contributed to the decline in inheritance renunciations. Some fathers practice positive action by ensuring that their property is shared equally among the children.

"In Jordan, if you have daughters only, the tradition is that your brother inherits your land"

Njavwa Thresa Bwalya is a food scientist, a Slow Food Youth Network activist and Programme Officer at the Zambia Alliance of Women.

Zambia has a dual land tenure system that recognises state and customary land rights. The Zambian Land Act protects the land rights of women who hold statutory land but does not extend the same protection to women living on customary land, despite that 93% of Zambian land falls under customary tenure. Customary land is governed by traditional leaders who are neither compelled by law to protect women's land rights nor to include youth in decision-making. In rural and peri-urban areas, the male head of the household owns the land, which is rarely registered in favour of women, either jointly or individually.

As a result of patrilineal traditions, young women can only access land through inheritance from their parents; or by applying for land through their male relatives or husbands. However, such land allocations are temporary and easily affected by a young woman's marriage or divorce, the death of her husband or male relative under whose name the land is registered. Consequently, women's land rights are not protected, resulting in property grabbing by relatives. 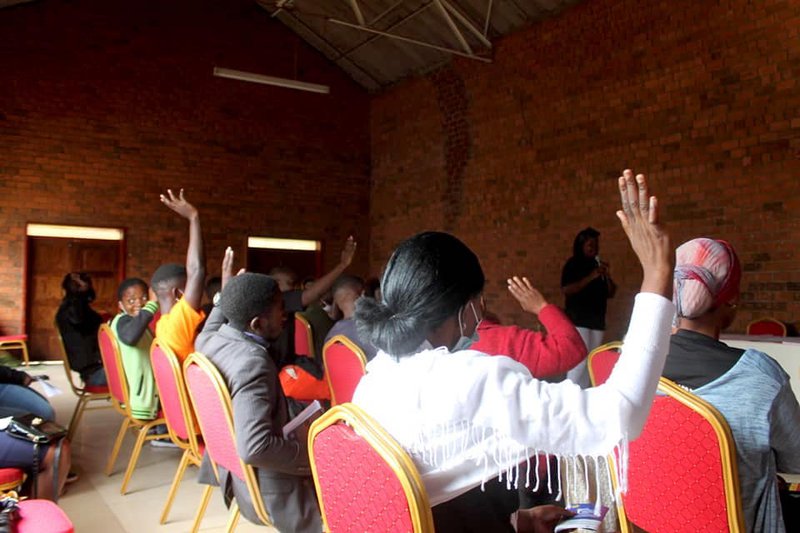 There is progress in protecting women's land rights. Organisations such as the Zambia Alliance of Women focus on educating women and the broader community about women's land rights. Rural women now understand their rights to access land as a productive asset and apply for land in their names. Further, the Zambia Alliance of Women is lobbying the government for laws to regularise customary lands as some women do not have title deeds to their lands. Land titling will prevent land grabbing in the future and will protect the land rights of young women.

Additionally, advocacy work is not necessarily designed to challenge the government or traditional leaders. It is vital to approach traditional and government leaders, the youth and the community to sensitise them about their rights and identify allies and champions to influence other leaders.

Claiming the youth's space in leadership for inclusive access to land 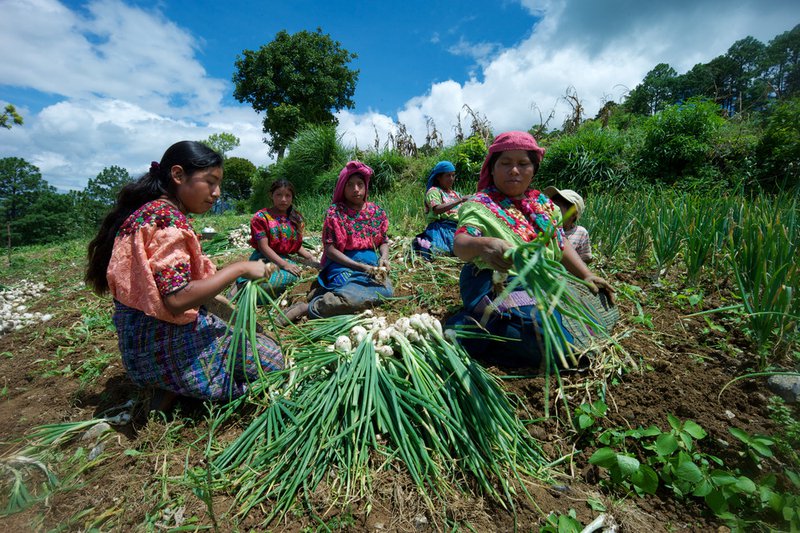 At the end of the conflict, the Q'eqchi youth played a leadership role in determining ownership, recovery, and regularisation of the ancestral land. The Palma Rosal Farm located in the Lancetillo community was regularised in favour of the Q'eqchi community, recognising their collective ownership of the ancestral lands. As the Covid-19 pandemic raged in 2020, the community leaders entrusted the youth leadership with the land recovery and regularisation process. Thanks to an intergenerational transfer of leadership since the end of the conflict, the young leaders managed to continue attending hearings and using digital tools to keep abreast of developments in the case. In the process, some youth leaders have become members of the Council of Elders, and the community leadership embraces women's leadership.

More importantly, due to the land recovery and regularisation process, youth leaders aged between 20 and 30 were given a collective right to use the farm. Each family has its own space for farming coffee and cardamom, and the young farmers are using new farming technologies while respecting traditional farming practices. Also, the Mayan cosmovision of the Q'eqchi people strengthens the equality of roles, making space for young people’s leadership.

"We are a very young country. However, there are no policies that reflect this"

Looking Back and Moving Forward

Young men and women face challenges in accessing land when customary and statutory systems are not inclusive of their demands—all the experiences have shown the possibility of change. Although women and youth access to land is a universal challenge, there are tools available to protect and ensure their access to land. Collective action, evidence-based advocacy and working with local alliances are proven strategies for opening doors, protecting and ensuring youth and women's access to land. When championing youth land rights, it is essential to remember that youth are not a homogeneous group, as young women experience additional barriers to access and own land. As such, it is vital to pay attention to context-specific dynamics and strategise accordingly.