How can local communities contribute to the ecosystem restoration and also better manage natural resources that they use for their livelihood? And what is the connection between secure land rights and effective climate action?

Indigenous peoples and local communities (IPLCs) have developed invaluable traditional ecological knowledge over time, becoming effective custodians of biodiversity due to their close relationship with the ecosystem on which they depend. To face the impacts of climate change on their territories, they have been adapting their knowledge and practices, with rural women and youth at the forefront as they are the ones impacted the most by the crisis.

During the Global Land Forum held in Jordan in May 2022, ILC members joined a session that explored local solutions to mitigate the impact of climate change: solutions that are cost-effective, efficient, and innovative, but also dependent on the respective local ecosystems. What works for one context may not work for another: there is no one-stop solution to mitigate climate change. How can local communities contribute to the ecosystem restoration and also better manage natural resources that they use for their livelihood? And what is the connection between secure land rights and effective climate action? The session also identified the common ground between the three featured communities and possible ways forward.

Land rights as solution to the climate crisis

Indigenous peoples and local communities have long been the stewards of our planet and natural resources. However, despite being the custodians of the land that they have lived on for generations and of the traditional knowledge that they hold to preserve our planet, indigenous peoples are often denied the right to own and access land.

“All the time we pay attention to and care for the land. It is essential, but how can we take care of the land if we cannot access it? 20% of the land in Guatemala is linked to huge corporations. The management of land should involve indigenous peoples,”Amilcar Calel, UVOC Guatemala

Many civil society representatives in Guatemala felt that the government never fulfilled its commitment to protecting the rights of indigenous peoples and local communities. “It’s like we are going back to the 1960s when we had crimes and disappearances of community leaders. There has been rampant criminalisation against land and environmental defenders (LEDs). It’s very crucial to talk about this topic,” said Amilcar.

Amilcar added that “We also want to talk about the farmers who are defending their land rights. We’ve been accused of being tourists on our land, we want to defend it but this is a concern for us. The government is correlated with capitalism, granting land to large companies to the detriment of community rights”.

In his video presentation, Amilcar explained that as long as IPLCs had access to land, their contribution to preserving the environment would be unperturbed. Indigenous peoples in Guatemala are aware of the changing climate and extreme temperatures and they have adapted their traditional livelihoods to this situation. For example, in one village in rural Guatemala the local villagers use recyclable materials to build ancestral ecological houses. 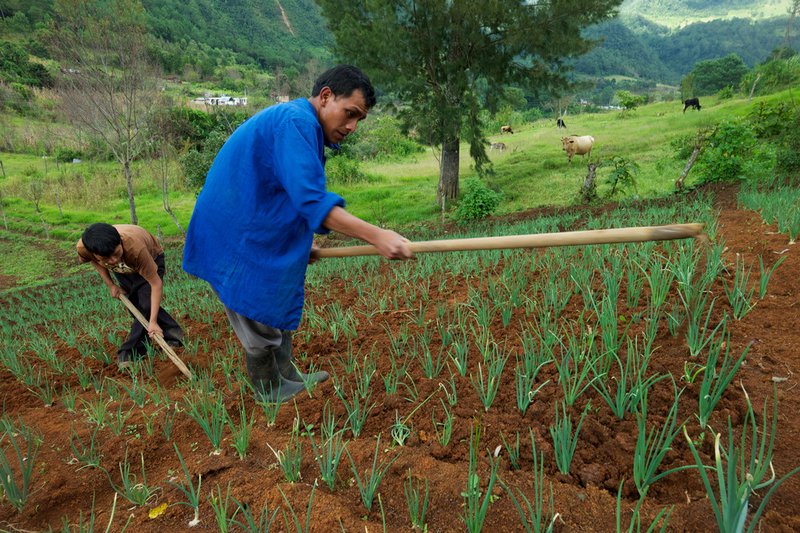 In Kyrgyzstan, Elvira Maratova of Kyrgyz Jayity shared how local solutions like artificial glaciers had benefited local communities in the event of extreme climate change. Artificial glaciers are ice stupas constructed during the winter and used as a source of freshwater in late spring and early summer. Kyrgyzstan is made up of huge mountainous ecosystems, and with climate change the winter season gets drier and leads to frequent and extended droughts. With rather affordable and basic techniques, local communities in rural Kyrgyzstan are now able to use meltwater from the artificial glaciers for drinking and crop irrigation during severe water shortages.

Youth at the centre of climate action

During the session, there were a few participants from the Global Land Forum Youth. They actively contributed to the discussion and were mostly curious about the transfer of knowledge from the older generation to the younger.

“Youth are the future and they want to work hand in hand because the youth suffer from so many problems. For example, I am now 33, but when I was younger I used to go to clean rivers and oceans but now we do not have clean water anymore. This is why [UVOC] wants to work on ecosystem restoration,” says Amilcar at the session. He added that rural women also play a crucial role in ecosystem restoration and that they should not be marginalised. Women constantly learn and take care of water sources and they are familiar with local agricultural systems.

In Kyrgyzstan, Kuluipa Akmatova of RDF shared how the strong traditional knowledge of rangeland management had always been passed on in families. But beyond that, rural youth in the country also show eagerness to learn the traditional way of preserving pasturelands that are sustainable, innovative, and adaptive to the environment.

“Elders from local communities have an influence on young people. We have one method to understand if and where we can launch the grazing season or where we cannot. Elders organise a team of young people to see if we can confirm the pasture rotation methods, which we use to save the pasturelands from degrading,” said Kuluipa during the Q&A session.

In the case of Kyrgyzstan, the tumultuous political history also gave way to how local communities used and preserved their traditional knowledge. “When we were under the Soviet Union’s rule, we lost all traditional methods. After independence, we worked hard to preserve our traditions, which have now been the basis of our laws on land, natural resources, and mountainous ecosystems,” said Elvira. 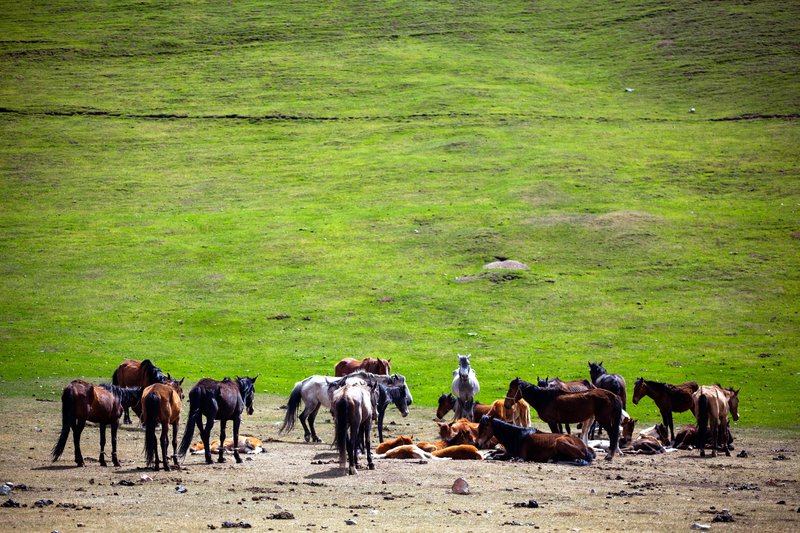 Kyrgyzstan’s National Law on Pastures has made it feasible for pastoralists and farmers to use their land for farming and grazing. According to Elvira, this clear legal framework also motivates the youth to be more involved in pasture management, as they are less worried about the future of their land rights.

As the session concluded, participants believed that global or regional events like the Global Land Forum 2022 have made it possible for civil society organisations to share their experiences and learn new things from each other. Despite this, some participants believed that the outcomes of such events should be put into concrete actions that help those who are fighting on the ground.

Learn more from our members!