This webinar aimed at raising awareness on the impact of the COVID-19 pandemic on the poor, marginalised and landless communities in Asia. Participants will have a better understanding of some of the best practices that land rights advocacy groups, such as ILC Asia members, are doing in the region to mitigate such impacts as we try to overcome the crisis.

Watch the recording below or on the ILC Youtube channel here

The Covid19 pandemic has exposed that the current global food systems are vulnerable and causing food crises across countries in Asia. While policymakers had discounted the importance of people-based food governance, it is a concept that has proven to be increasingly relevant - as already promoted by civil society groups around the world, including in Asia. In this article Saurlin Siagian , ILC Asia Regional Coordinator, reflects on the main points emerged during the webinar.

Covid19 and the food crisis

Among the many repercussions of the Covid19 pandemic, world leaders and experts like the World Health Organization (WHO) and the Food and Agricultural Organization (FAO) reminded us that a food crisis was imminent. This happened mostly because logistics were being halted, thereby stalling the transport of food from farms to cities. Countries soon began closing their export doors, implementing a protectionist measure on their food supply in order to avoid the so-called food crisis from happening.

Food crises across the region also occurred because of the market-driven food production that tends to make a country produce certain types of food while some others produce non-food commodities that would best serve the market demand. When Covid-19 forced countries to stop the flow of food, countries that were dependent on food imports would then experience shortage of food supplies and be at the risk of famine.

“Today, food crisis can occur because of interrupted food flows between countries, and the countries most affected are those that have been dependent on food imports,” said Jonatan Lassa, Senior Lecturer at Charles Darwin University. Non-food commodities will be affected hard, because it is predicted to experience weakening demand, while demand on food commodities will increase in international markets, he added. In an emergency situation, all countries will most likely prioritise national food safety.

Jonatan added that in countries with poor food supplies, the government will find it difficult to control prices and will not even follow the prices generally accepted in regional and global markets. The establishment of an Emergency Food Reserves (EFR) policy, the process of holding back a certain amount of a food commodity from the current production year for use in the future, is an anticipation move made by governments due to the uncertainty of international food markets and the agreements made in it.

The accessibility of food-related data is also a crucial issue. Irendra Radjawali, ILC Asia Data Specialist, pointed out that information on food availability provided by official institutions was difficult to use, because it did not reflect the reality on the ground. 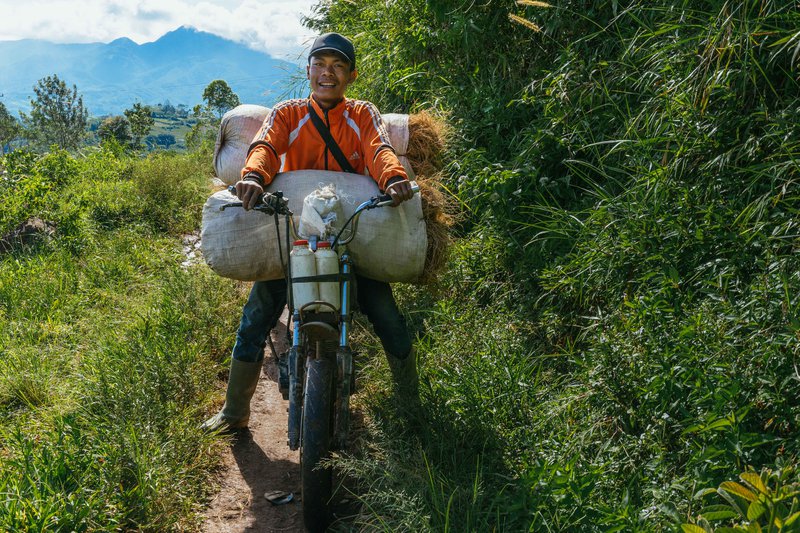 Dewi Kartika, a member of ILC Asia from the Consortium for Agrarian Reform (KPA), pointed out that the Covid-19 pandemic in Indonesia affected the working-class people in urban areas the most, as many of them lost their jobs due to businesses being shut down. People in rural areas were the least affected, because the spread of the virus itself had started in cities then slowly spread to villages.

KPA has been helping farmers distribute their crops from rural areas to marginalized groups in urban cities. They do so by cooperating with labour unions in cities, whose members are on the brink of unemployment since many factories have shut down. By distributing staple food packages to factory workers in urban areas, KPA is raising awareness of COVID-19’s impacts and the importance of complying with the Indonesian Government’s policies during the pandemic.

Jonatan argued that promoting universal basic income for communities, including landless and labour farmers, might be the best short-term solution to ensure that households would not collapse economically. On a global level, institutions like FAO need to come up with a framework that allows communities to understand the process of food production in real time. What land rights groups can do is to engage in the global debate concerning the future of food supplies and address the need to ensure that markets would be accountable.

Irendra echoed with a statement that after a disaster strikes, having accurate and accountable data is crucial because there would be many actors competing to own, analyse and articulate data based on their personal interests. In the context of food security, communities who are affected the most must possess their own accurate data to strengthen their evidence-based advocacy.

Dewi concluded that actors across sectors, such as industrial workers, peasants and indigenous peoples, needed to jointly encourage policymakers to promote agrarian reform policies that ensure secure access to food.

BEYOND BUSINESS AS USUAL

In his closing statement, Michael reiterated that land rights groups need to shift from its business-as-usual activities. We need to emphasise that land rights are at the core of our food resilience system and that it is equally important to rebuild our economic system after the pandemic. ILC has been trying to learn from its members who are supporting communities on the ground, the indigenous peoples, and the family farmers, who all play a key role in providing for our food.

The choice to rebuild community-based governance on food has proven increasingly relevant. Food must be produced locally and massively and consumed locally as well. Drawing a quote from the author EF Schumacher in his book, Small is Beautiful (1973), let’s ask ourselves: “What must we do to achieve better life of humanity? Seek guidance from the traditional knowledge and teachings.” 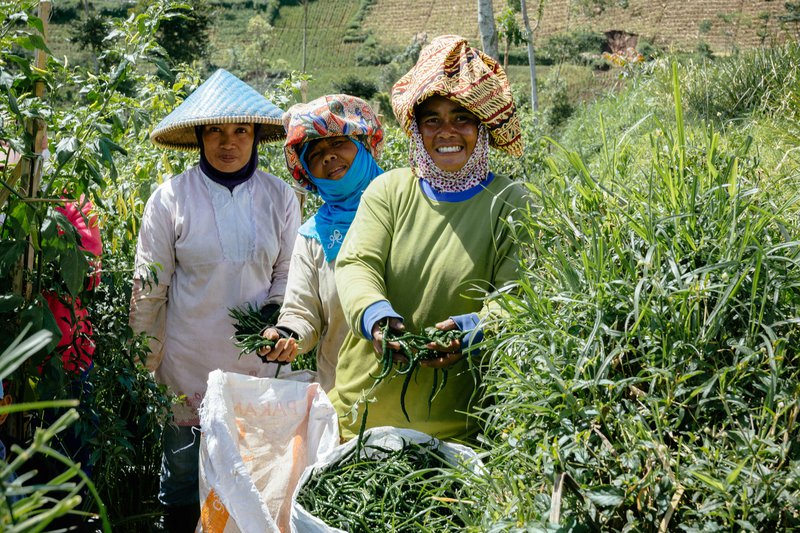