How to: work with corrupt community leaders and deal with conflict

ILC members use different strategies to work with corrupt community leaders. They have used the following guiding steps to ensure the process is successful. Community land protection initiatives are designed to cull corruption, constrain leaders’ powers, promote community leadership and hold leaders accountable for their actions.

This "how-to note" is the result of a collective brainstorming exchange that took place during the second workshop of the Community Land Protection Learning Initiative, in July 2019. Members from all over the world contributed to it: RMI, JKPP, RRF, Observatorio Ciudadano, ICCA, IIED and NAMATI. This note is part of a series of five.

How to protect communities from decisions of corrupt community leaders

Consultation, participation and the democritisation of community governance have contributed to accountability and protection of local communities from corrupt actions of community leaders. For instance, if a leader violates a norm, the community as a whole does not recognise that action or decision as legitimate. Furthermore, any agreements with outsiders that did not involve the community are void.

The media is an effective tool to bring corrupt actions to light at the local level, and to give the community an opportunity to know about the corrupt actions of leaders.

Community leaders, in their roles as defenders of land rights are expected to act in the interest of the communities in order to cull land corruption and promote people-centred land governance. To strengthen community leader’s capacities, they attend mentoring and training workshops that capacitate them on good faith leadership and how to avoid corrupt practices. Opportunities for competition between existing and potential community leaders – for example selections to be included in regional workshops – could be organised to allow members to prove their expertise and worthiness. 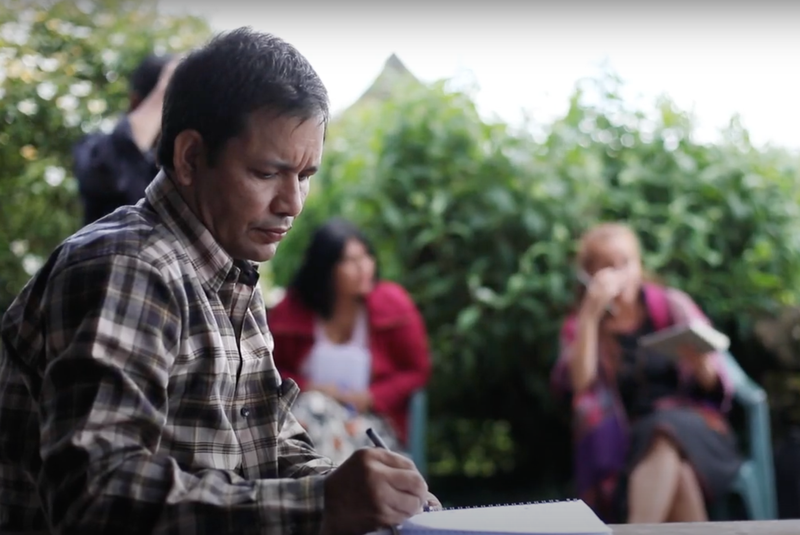 How to strengthen downward accountability of leaders

Corruption, especially in the realm of land concessions, usually starts from the top with elites and international companies exerting their political and economic influences on local leaders. Downward accountability empowers the community to remove a leader that is succumbing to this pressure, and to address the systemic nature of corruption.

Communities can use simple technologies such as videos captured on smartphones, and social media, to uncover and expose instances of corruption. The information is used as evidence of corruption, enabling the community members to take necessary actions such as reporting the matter to higher levels of government, litigating on the matter and exposing injustices.

An annual social audit of the community strengthens transparency and opens dialogue, assisting the community to keep track of the actions of their leaders. Social audits also give communities platforms to openly criticise corrupt leaders.

Community visions of their own locally defined developmental goals empower the communities and their leaders to negotiate with external investors. Where local leaders deviate from the community’s vision, the community uses documents containing their vision as grounds to void decisions that do not reflect their vision.

How to resolve land boundary conflicts

As land conflicts arise, it is important that communities have the skills to resolve them, instead of responding after the conflict. Communities should have capacity to identify and resolve conflicts between community members, with neighbouring communities, and outsiders.

Communities may draw up sketch maps of their lands, and identify land boundary conflict hotspots within their communities. NGOs play the important role of supporting communities to identify the correct boundary of their lands and natural resources. They assist by being objective, and not favouring any community to gain undue access to and ownership of natural resources. The communities may use the maps to discuss conflicts that exist with other communities and propose compromises and solutions. Through delegated authority, some community members lead negotiations with neighboring communities to resolve the boundary conflicts.

In addition to land maps, local communities may document conflict resolutions in at least four ways using photos and videos of leaders shaking hands at the site of the agreed boundary; with written agreements such as signed Memorandums of Understanding, boundary tree planting, and the recording of GPS coordinates for the newly agreed boundary.

Story telling is effective in assisting communities to narrate the cause of the conflict over natural resources such as rivers and water sources, land borders and settlement areas. This can expose the historical roots of conflicts, and assist to formulate landscape-based evidence to resolve the dispute.

Respected traditional institutions and practices play an essential role in resolving land conflicts. For example, in Java, Indonesia cockfighting is used to resolve disputes. The Karen of Myanmar chop a tree on the boundary, and the tree is believed to fall in the direction of the community that the spirits have designated as the rightful owners of the land. In Peru, spiritual authorities can take decisions without explaining the reason, and communities accept their decisions as legitimate. Finally, in Liberia, traditional wrestling festivals may be used to decide land conflicts where mediation has failed. 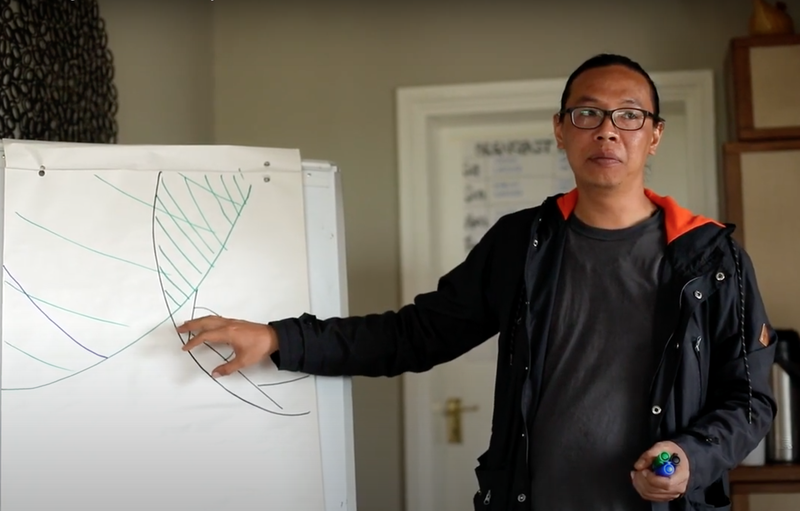 Neighboring communities often share a common culture. As such, some cultural practices such as sharing food, making music and dancing together can be pathways to repair the social divisions that accompany land conflicts. It assists to heal inter-community relations and strengthen bonds before and after land conflict resolution, and creates a space for the conflicting communities to meet and dialogue about the conflict. Some mediation strategies (such as mutual gain, openness, candor and willingness to dialogue/ negotiate) can lead to positive outcomes for all parties to a conflict. However, when working on a very hostile community conflict, it may be necessary to design a contingency plans of which authorities to call should the conflict escalate into violence.

Objectivity of the organisation that supports communities through the mediation proceedings is essential for creating a trusting relationship with local communities. The external NGO supporting the broader community land protection efforts should not be the mediator of an inter-community conflict; rather it can support the communities to identify a respected local person to lead the mediation process. The NGO can assist to identify an array of options to arrive at a compromise, such as asking people in the conflict area which community they want to be part, sharing the territory and its resources or using administrative or traditional boundaries. Where communities fail to resolve the matter, they may engage government officials or the courts to assist to resolve the conflict through law.

Inter-community collaboration has its own benefits for the communities. For example, in land conflicts between farmers and pastoralists, it is essential to support discussions between the two groups, highlighting the interdependence of crop and livestock farming. Livestock fertilise land and helps produce more food, and pastoralists trade meat and milk for vegetables and grains.

How to: work productively with the government

How to: select communities and ensure participation

How to: empower communities and enhance cultural thriving

HOW TO: ensure the participation of women in decisions about land

How to: work with corrupt community leaders and deal with conflict